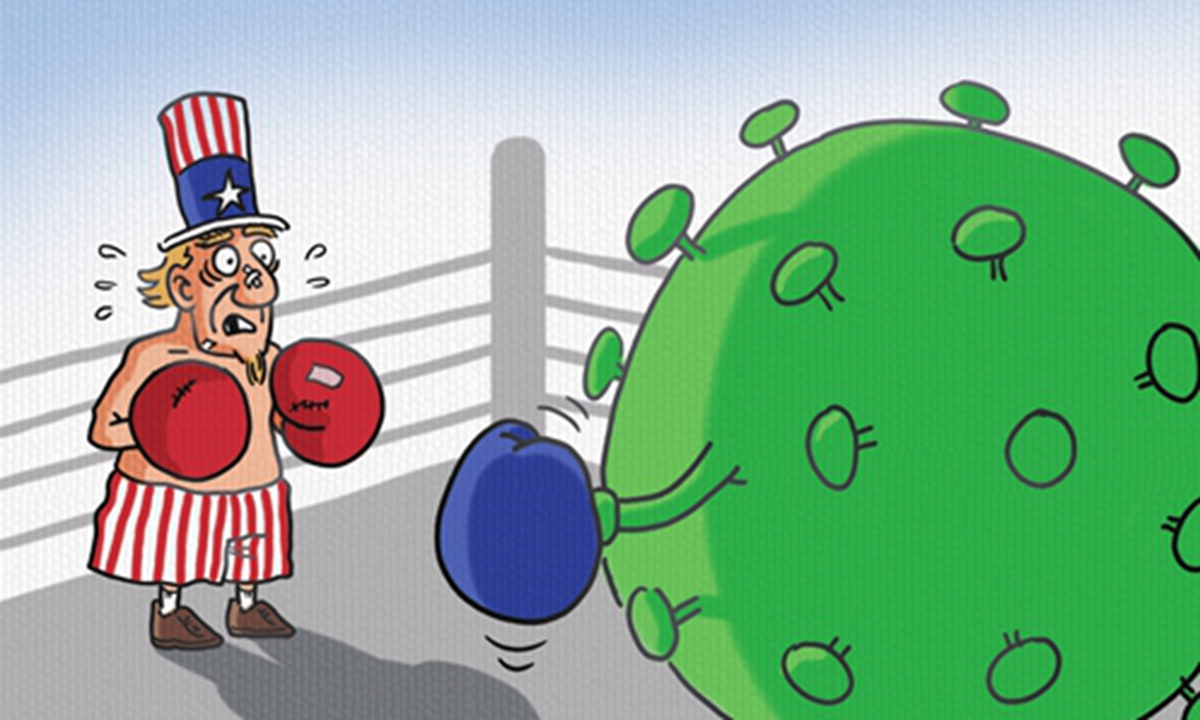 COVID-19 arrived three years after the anti-China crusade began. From the outset the virus was infused with Cold War politics. Imagine if the first case of COVID-19 had occurred at the end of 2012 rather than the end of 2019. Many things would have been the same, but one would have been different. At the end of 2012, relations between China and the US were relatively benign; by 2019 we were in a different world. The new occupant of the White House took every opportunity to attack, denigrate and undermine China.

From January onwards a tsunami of abuse was directed at China. It was accused of secrecy and a cover-up. And to this day it has never ceased. China could do no right. It received zero compassion even when it was struggling on its own against the virus in the first three months. If this had been 2012, it would not have been like this. There would have been criticism of China, but also dialogue and cooperation. Now there was none, just abuse. COVID-19 became the symbol and bearer of a new cold war and the breakdown of the US-China relationship.

Geopolitics usurped science; the truth was abandoned in favour of political polemic; Trump deployed racist rhetoric with phrases like “kung flu” and “China flu;” China became the Other, the outsider, the unacceptable. The Western media was awash with negativity about China. Even when it became clear by early last summer that China had triumphed over the virus, there was little or no lessening in the assault; indeed, what started off as a campaign based on the certainty that China had messed up big-time, quickly became something else, an attempt to distract from the miserable failure of the West at dealing with the pandemic and a desperate desire to conceal from the Western public China’s success in overcoming it.

Unsurprisingly, attitudes towards China in the West have become much more negative. COVID-19 is not the only reason but it is by far the biggest because it has changed lives so profoundly and unleashed such fear. No one views the world in the same way as they did before COVID-19. In the first decade of this century there was a new openness towards China. That has gone. China became toxic. The closed mind of the cold war returned.

One of the most outrageous Western proposals, coming from the Australian government in April 2020, was for an independent international team to be sent to China to investigate the origins and causes of COVID-19. It rapidly gained support from the US and UK governments and others. The obvious absurdity was that during this period it became abundantly clear that the West had failed to deal with the virus and China had done remarkably. Why investigate China; what about the US and UK? But this is to miss the point, or rather the intent, which was to endlessly blame China for what had happened.

It offered an insight into the degree to which Western attitudes towards China had regressed – not just back to the cold war but even somehow back to the nineteenth century. Who do the Chinese think they are? China is not our equal. It needs to be put in its place. The West must be the ultimate arbiter of China’s behaviour. An international delegation would reveal the truth about China. This was straight out of the playbook of the nineteenth century when foreign powers routinely treated China like this. Western leaders and the media never openly made this link. It is quite possible they were oblivious of it, but this in its own way is even more revealing: the Western mentality towards China still harbours strong elements of the imperialist period, it remains deep in the West’s DNA. This is obvious in the case of Trump, as his racial innuendos demonstrate, but take the Australian prime minister Scott Morrison, who clearly believes, as in the war of words over the cartoon, that the Chinese should not speak out of turn, know their place and show due deference to white Westerners.

It was Trump back in April 2020 who suggested that COVID-19 was the result of a lab leak in Wuhan. The idea was revived by Biden in May this year who gave the US intelligence agencies 90 days to investigate. The joint China-WHO inquiry team had concluded in March that this was extremely unlikely. The great majority of the international scientific community believe that COVID-19 was the result of natural causes. The lab leak is constantly revived as a way of blaming China for the pandemic and bringing question into its honesty and competence. China has now closed the door on any further international investigation into the idea. Rather than blaming China the West should look in the mirror: their ineptitude was hugely more responsible for the global death count than anything China did. As the number of cases around the world continues to rise dramatically, there should be an international investigation into why the West failed so disastrously.