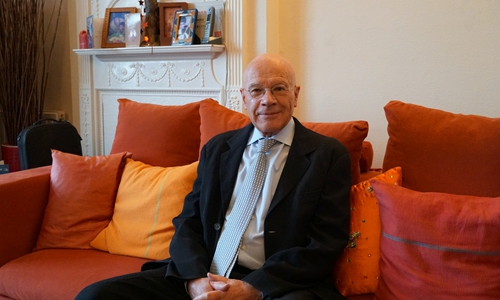 China faces a formidable challenge in restoring political stability and direction in Hong Kong. The work has started, but there is a long way to go. From the handover in 1997 until 2014, Hong Kong was marked by relative calm and stability. This was brought to an abrupt end with the so-called umbrella demonstrations in 2014, followed, in 2019, by riots and a growing separatist trend.

China is now faced with the problem of rescuing Hong Kong from this ambiguity and asserting the primacy of “one country.” The recently announced electoral reform seeks to ensure a governance system that is predicated on the preeminence of “one country.” Ever since 1997, Hong Kong has lacked a strong political presence that gave voice to and represented the essence of the handover, namely the primacy of Chinese sovereignty and the long-run direction of travel for Hong Kong as part of China. It could be argued that this was, and should be, the role of the HKSAR government, but this is to misunderstand the nature of the latter. Hong Kong’s political system was created by the British: The government was seen as an administration rather than as a political leadership, a glorified civil service, forever the servant of the British governor and the British government. Inevitably, by the nature of its inheritance, the SAR government bears some of these hallmarks. What Hong Kong has lacked since 1997 is a strong political movement, alongside the SAR government, that is the bearer and protagonist of both the handover and Hong Kong’s relationship with China.

The new stress on patriots – in effect, the protagonists of the handover – governing will lend a new kind of clarity and authority to governance. The disaffection in Hong Kong, however, is not simply a result of weak and divided political leadership but, at least as importantly, profound socioeconomic problems.

Hong Kong was a typical colonial economy: Far from being highly competitive, it was essentially oligopolistic, with much of the economy owned by a few tycoons who enjoyed a privileged relationship with the colonial government. At the heart of this system was the tycoon’s ownership of much of the land. It is often claimed that the reason why property prices in Hong Kong are sky-high is because of a shortage of land: This is not true. There is plenty of land, especially in the New Territories. The primary cause is that the tycoons limit the supply of land available for construction in order to boost property prices. Unfortunately, since the handover, very little has been done to reform the system. An attempt was made in 1997 by Tung Chee-hwa, then chief executive, to introduce a massive house-building program, but it was stymied by the property tycoons. The old pre-handover status quo remains overwhelmingly intact.

Much of the young’s disaffection – all too evident in 2019 – is economic rather than political. The great majority believe they will never be able to afford a property of their own. Another bequest of the British was one of the most unequal societies in the world. This is still the case. The prospects of many young Hongkongers are bleak.

Political reform is part of the solution to Hong Kong’s malaise. But socioeconomic reform on a scale that hitherto has been sadly lacking is at least as important. Otherwise, it will be impossible to win the hearts and minds of the Hong Kong people, especially the young. What Hong Kong needs is the equivalent of China’s reform program which has transformed the living standards and opportunities of the Chinese people in the mainland. Hong Kong is still mired in its colonial legacy. There needs to be a far more fundamental break with Hong Kong’s socioeconomic past based on an economic program which will transform the circumstances of its people. And one aspect of this will be Hong Kong’s integration into southern China, one of the most dynamic economies in the world.